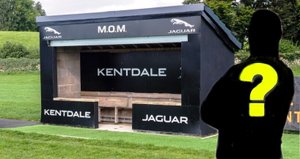 Man of the Match

By Mark Hodgkiss
3 days ago
Share via
FacebookTwitter
https://www.kendalrugby.co.uk/

There were some suggestions before Saturday’s game, of unsung heros who don’t get the recognition they deserve in the vote.

One of those mentioned has now !

With the team close to full strength, and the pack going well, Glen has some space to direct operations, and there are so many options to pick out around him, to keep the opposition guessing – including looking for a gap himself. His kicks for position are starting to push teams back, when too often they have been trying to play in our back division, to cut off attacking options.

Ten players picked up a vote. Glen had a clear lead over last week’s MoM Steven Nelson, with another of those unsung heroes mentioned, Matt Houghton, a few behind Steven.

Must have been harder to make up minds this weekend, as despite the bumper crowd we finished just below the maximum40 mark at 38, with Glen taking over a quarter.