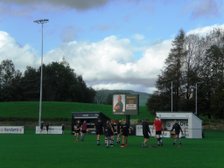 News from the Rest of the League

The Bad News is after a second League postponement in a row we drop to fifth – the Good News is we still sit just one point behind next week’s opponents (hopefully !) Manchester who are now in second, with two games in hand over them and the others

Most of the games this weekend looked fairly easy to predict, and all went as expected, although Vale of Lune leapfrog Altrincham Kersal, who continue their run of losing bonus points with a fifth from five losses.

Stockport maintain their 100% record, but next week have to travel to Birkenhead Park (assuming their players are clear by then) and a week later we visit them.